Study shows that populism is stronger in countries without job 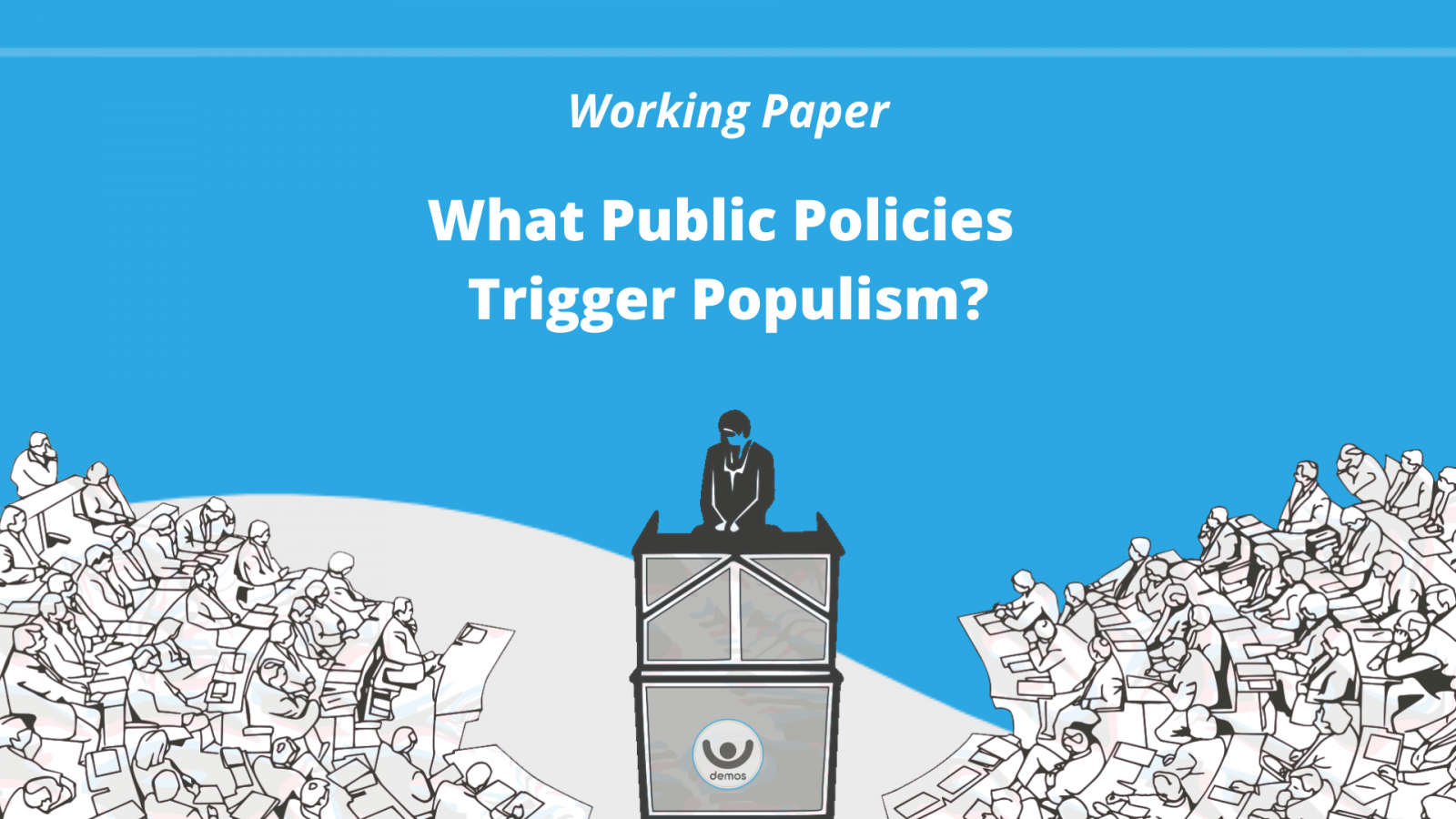 Budapest, August 12—More than causing an economic shock, the 2008 financial crisis left behind a stronger support for populist parties across most of the EU’s member states. Support has been stronger in Hungary, Greece, Poland, and Italy. These are the main findings of a working paper, released by DEMOS today, which investigates what public policies have triggered the latest rise of populism in Europe. (Download the study below.)

By analysing international datasets between 2008 and 2016 and four national case studies, the research found that country context matters. Policies that leave behind a vulnerable landscape of greater poverty, social exclusion, and high unemployment trigger citizens' support for populism, particularly the left-wing type.

The lack of policies favouring job creation and educational training for citizens between 15 and 34 years old was also found to predict populist attitudes. “This may be a first step in the rise of populism”, says Attila Bartha, from the Centre for Social Sciences in Budapest, who led the research. “When a skilful political entrepreneur embraces populism and there is a supply of populist parties, public support for populist forces will increase.”

The study also looked into governments’ responses to the crisis and society. In the first case, the authors found that technocratic governance by non-elected experts favour populism. Like in populist governance, technocratic governance represents an unmediated form of public administration which bypass democratic institutions and checks and balances.

A society divided along political lines is also a threatening signal for populism to grow. Often, technocratic governance is hand-tied with polarisation. “The toxic polarisation-technocracy combination emerges in Eastern and Southern European countries where party democracy is weaker,” says Bartha.

The research also found that spending rates on education and health care themselves do not signal a populist rise. This conclusion reinforces the idea that populism is “chameleonic”: it travels across ideologies and policy schools.

This flexibility makes countering populist policies a daunting task. Any responses to populist actions should consider country contexts. But actions that foster the labour market and provide young people with education and training might at least restrain the populist temptation. Technocratic governance and societal divides should also be on political actors’ radars. These are yellow warnings for a populist wave.