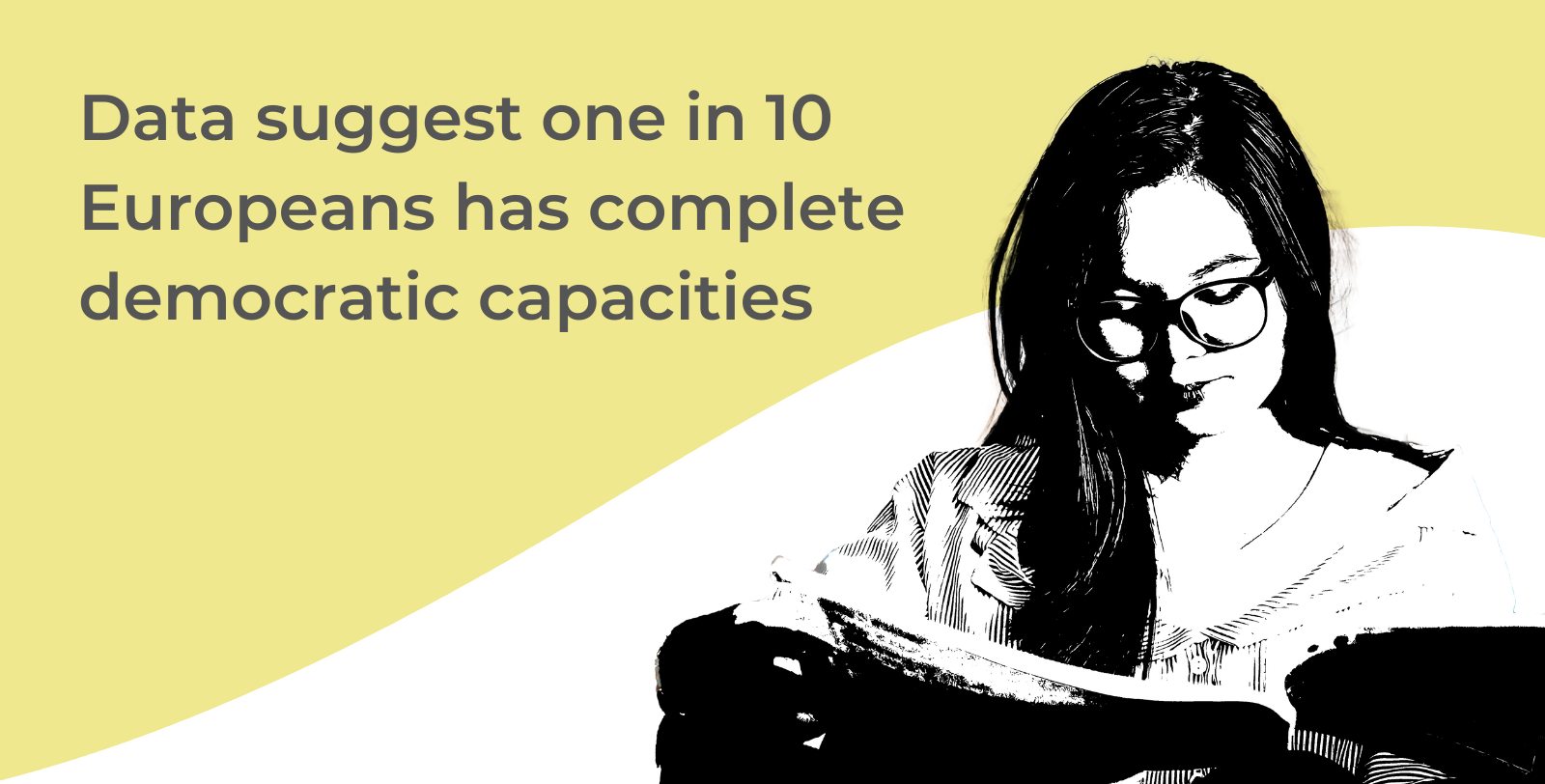 Budapest, July 15 — A DEMOS research has found a relationship between populism and democratic efficacy, a concept created by DEMOS to assess whether citizens can resist the populist appeal. Citizens with high scores in all components of democratic efficacy believe they can influence politics. They also trust the responsiveness of politics and are well informed about it. Besides, they have political skills and support values of liberal democracy. The research has shown that they are less likely to agree with populist statements and adopt populist attitudes. The DEMOS project assumes that they are also better prepared to resist populist governments and narratives. Thus, DEMOS is working on proposals to enhance democratic efficacy.

Besides testing the concept, the research also measured it. The research team analysed survey data, collected in 2019, from 15 European countries. The findings suggest that one in 10 Europeans has high levels of democratic efficacy. Nearly a third of citizens score low in several components of democratic efficacy. The lower scores suggest that citizens are more likely to take a populist attitude.

The survey allowed the research team to assess all components of democratic efficacy, but not to study the historical trends for lack of comparative data. To overcome that, the project teams at Kaunas Technology University and the Centre for Social Sciences in Budapest created a simpler form of democratic efficacy, with fewer components. These include citizens’ feelings toward politics and their support for values of liberal democracy, such as voting in elections and keeping watch on government actions. The team used data from the International Social Survey Programme (ISSP) to assess the simpler democratic efficacy over time.

According to the findings, 23,5% of citizens around the world were democratic efficacious in 2014, only a slight increase from 2004. Central and Eastern European countries such as Poland, where populist parties are stronger, had the lowest levels of democratic efficacy between 2004 and 2014. Developed democracies such as the United States, Iceland, Norway, France, and Sweden scored the highest.