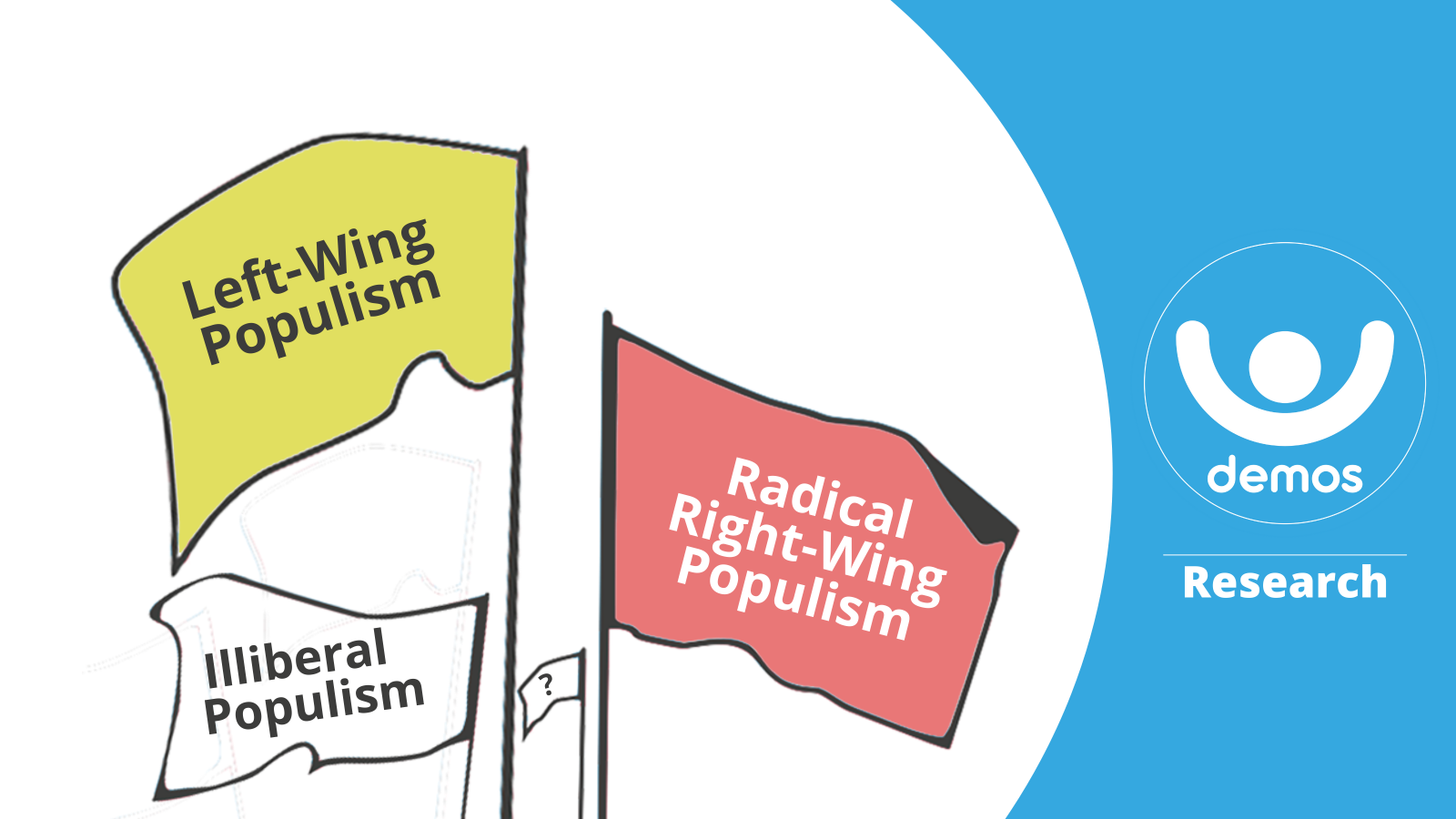 A new DEMOS research identified four types of populism in political parties and movements in Europe. These include radical left-wing and right-wing populisms as well as illiberal and anti-establishment ("empty") populisms. (Read more about them and download the research below.) The study, which investigated 17 populist parties and movements, fills a void in research on comparative party populism and offers a unique insight into their social, political, and historical developments.

Instead of creating a party type, the research focused on parties which use populism as part of their public appeal, since parties can differ in other aspects. “By knowing better the different types of populism, we can understand what to expect from the various types of populist parties and actors,” Martin Mejstřík from Charles University in Prague says. With DEMOS researcher Michal Kubát, Mejstřík led and edited the comparative analysis of populist parties and movements carried out by 14 national DEMOS teams across Europe.

According to the findings, except for the French Front National/Rassemblement National (FN/RN) and the Hungarian Fidesz parties, most populist parties analysed in the research are young: they have been established in the 21st century. Several parties developed a populist appeal over time. An example is the Alternative for Germany, which started as a single-issue party until it developed a strong anti-establishment appeal.

Many populist parties are successful. In east-central and south-east Europe, they became mainstream political forces, joining governments or leading them.

The types of populism in Europe

Radical right-wing populism: The research classified six cases of populist radical right parties that combine populism with nativism—the promotion of the interests of native citizens against migrants or ethnic minorities. Examples: Alternative for Germany; Danish People’s Party; the United Kingdom Independence Party; The League in Italy, the National Front in France; and the Spanish Vox. To some extent, these parties share nativist and xenophobic rhetoric and bear strong opposition to multiculturalism.

Illiberal populism: Four cases in this third group share strong illiberal characteristics. Three of them could be defined as post-communist populism: the Hungarian Fidesz, the Polish Law and Order, and the Bosnian Alliance of Independent Social Democrats.  Although not a post-communist party, the Turkish Justice and Development Party (AKP) in Turkey bear similarities to those of post-communist countries.

About DEMOS
DEMOS — Democratic Efficacy and the Varieties of Populism in Europe — is a three-year collaborative research project with 15 consortium members across Europe. DEMOS is funded by the European Commission under the Horizon 2020 framework programme. The project, which kicked off in December 2018, has two chief objectives: better understand populism by investigating under-researched trends in existing scientific literature and contribute to addressing the challenge of populism through innovative and action research. Read more about DEMOS on our website.