Civic Education Works as a Vaccine Against Populism 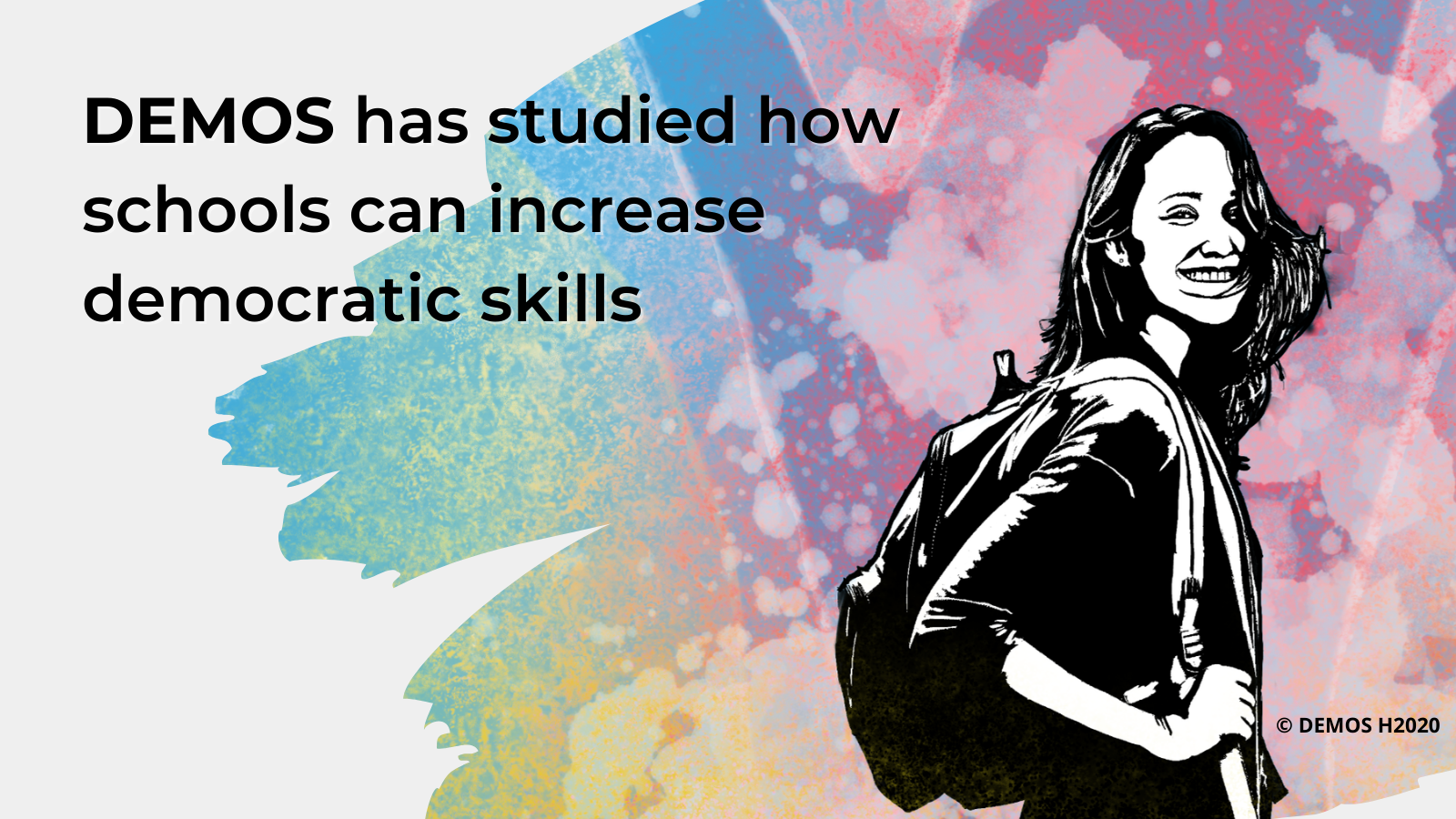 Budapest, February 18—New DEMOS studies, released today for download, looked at practices at schools that can decrease the likelihood that a young student will develop populist attitudes. Examining the links between school curricula and civic engagement in 14 European democracies, the study found that a dedicated course on citizenship increases students’ civic participation. When students have parents with higher levels of education, they also engage more with civic activities. This type of engagement may protect students from developing populist ideas.

Civic participation – known as knowledge, skills, and attitudes that citizens are expected to learn and use to become productive citizens – is associated with an increase in democratic efficacy, the study shows.

Democratic efficacious citizens support democratic values such as equality, tolerance, and autonomy. They are not only more interested in politics than the average citizen, they also get informed about and engage with politics more often. As previous DEMOS research has formulated and shown, higher levels of democratic efficacy work as a vaccine against populist thinking and attitudes. DEMOS has been developing methods that boost democratic efficacy.

Scientific knowledge had already pointed to a decline in civic participation in Europe, but many still debated ways of increasing it. “The finding that civic education courses turn youth into active citizens helps fill an important knowledge gap and points to ideas that can be acted upon today,” Eglė Butkevičienė, co-investigator at Kaunas University of Technology (KTU) and one author of the study, says.

The new study, carried out by researchers from KTU, Centre for Social Sciences in Budapest (CSS), and University of Turin, examined the 9th round of the European Social Survey between 2018 and 2020 for 14 European countries (Belgium, Bulgaria, Cyprus, Estonia, Spain, Finland, France, Croatia, Ireland, Lithuania, Montenegro, Poland, Slovenia, and Slovakia). Then, the teams performed a statistical analysis on survey answers of 1,700 respondents aged 22 years old or younger.

A parallel DEMOS study in 13 German schools confirmed that school environment plays an important role in increasing civic engagement. After developing a method to measure social environment and students’ connection with their schools and teachers, Hendrik Hüning, researcher at the University of Hamburg who conducted this study, found that students engage more with civic activities, inside and outside schools, when they see schools as places for solving problems together with their teachers, like in a community.

BLOG: ‘We can do this together!’ How to foster students’ civic engagement and promote democratic societies

The research team of the Centre for Social Sciences, Budapest, also proved an important assumption true: there is a positive correlation between attitudes about bullying and populist policy choices, as both populism and bullying take a firm stance against marginalized others. Because of that, anti-bullying actions in schools can decrease support for populism among youth.

Together, the studies cast light on the role of teachers, school environment, and education policy in preventing polarizing ideas often associated with populist policy and discourse. “Students’ resilience, sense of belonging to school, as well as civic education and anti-bullying measures in schools have a positive effect on forming democratic attitudes and potentially fighting populism,” Zsolt Boda, DEMOS project leader (CSS), who led this research stream, explains.

To reach this conclusion, DEMOS used 2018 PISA data, which contains information to assess students, in 70 countries. It examined the role of bullying in predicting exclusionary views in an online survey with 500 participants aged 16-25 in Hungary.