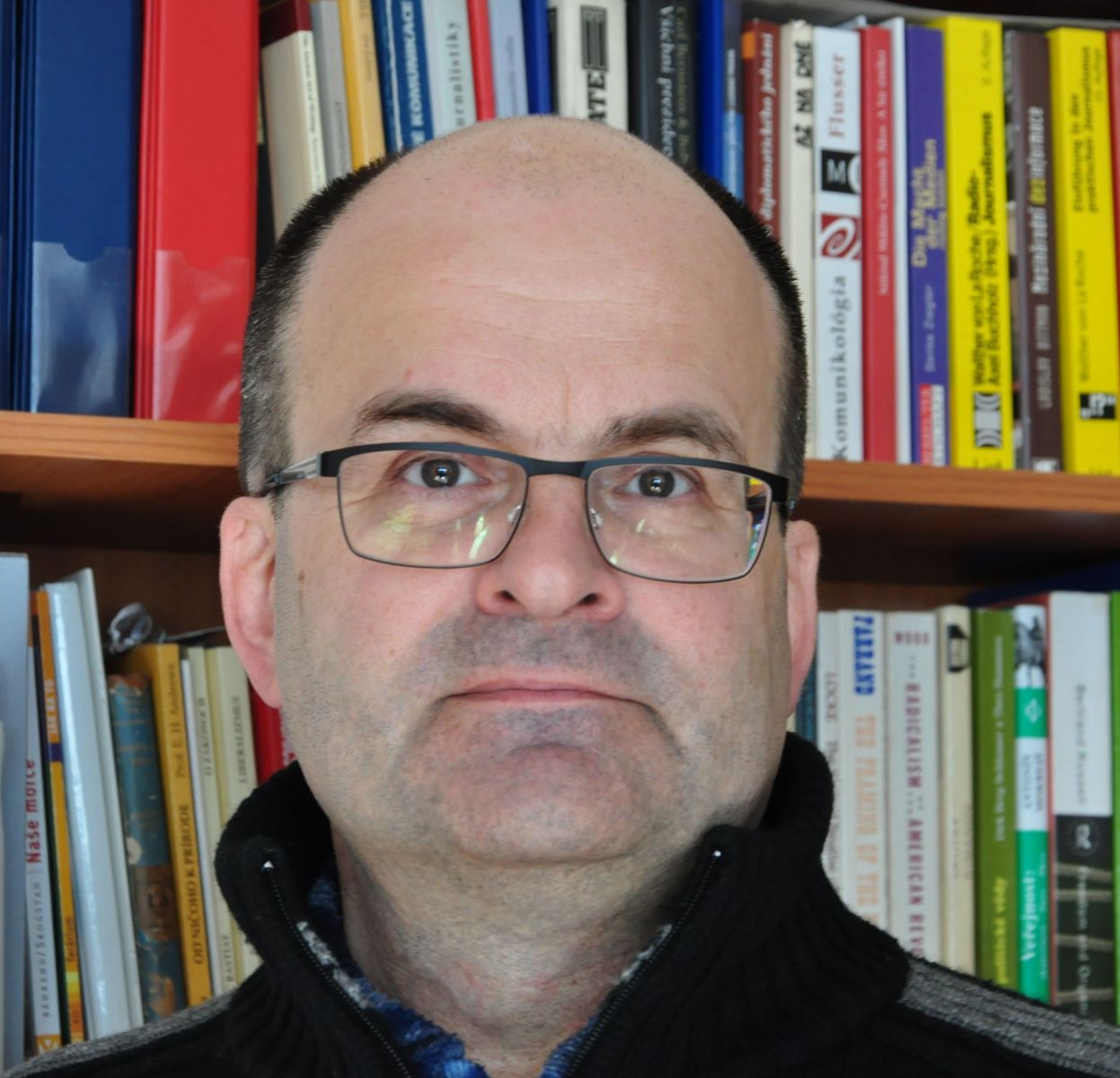 Slovakia, in particular with Hungary, put forward different solutions to address the immigration crisis in the summer of 2015 and then during the country’s presidency of the Council of the EU in 2016. Although plenty of academic articles and journalistic pieces have covered this topic, an academic analysis revealing the true position of the Slovak government and the official position of the Parliament in those years is missing. Here is such an account, which shows that the Slovak Cabinet had two strategies towards migration policy: one publicly opposing migration, and another supporting local organisations helping refugees. Slovakia showed resistance towards the European Commission’s plan to redistribute migrants, all while demonstrating that it could accept some migrants into the country. I call this the Janus-faced migration policy.

For a more in-depth analysis and additional discussion of this dual approach of the Slovak government between 2015 and 2018, read my full account here.

A Moral Panic Manufactured Through Securitisation

In 2015, a moral panic, manufactured through the securitisation of migration issues, defined Slovakia. Robert Fico, the then social democratic Prime Minister leading the Smer—SD single-party government, played a key and by and large negative role.

The trending discourse back then was nourished by a suspicious attitude of the general public towards foreigners. The number of legal migrants, mostly guest workers, had increased before the 2015 crisis. This contributed to forming a negative image of migrants among the public. Ironically and paradoxically, there had been little interaction between society and foreigners in general as well as between society and refugees in particular.

In the Parliament, only one relevant party defended, openly and without restrictive conditions, the rights of refugees and migrants at that time, the Most-Híd party. The second best position was that of the OĽaNO movement — it was ambivalent on this issue — while the Christian Democratic Movement focused its narratives on cultural and society-wide questions instead of threats and terrorism associated with migrants, as many others did.

But, in general, the Parliament’s stance on the matter confirms the “Janus-faced” aspect of migration policy back then. It expressed “a deep concern and regret over the tragic situation of migrants” and “the need for solidarity with other EU M.S.” However, this solidarity should be based on “voluntary” principles, “geographical balance, as well as reflecting potential security risks and taking into account the cultural, historical and socio-economic specificities of each M.S.”

By the time that the migration crisis started, the public in Slovakia was already accustomed to some emotional negative rhetoric which fitted perfectly with the  negative refugee rhetoric. This negative narrative (happy Slovakia without migrants versus troubled migrant countries like France) was found useful as a key message for almost all political parties before the early 2016 general elections.

Securitisation of migration thus contributed to the Janus-faced policies of the Slovak governments throughout the years of 2015 and 2016. As a result, social distancing among the population towards migrants and Muslims increased.

The Janus-Faced Policies on Migration

The Slovak government’s attitude towards migration policy can be characterised by double standards internally and externally.

Let us discuss the external approach first. In this regard, there was an internationally declared solidarity with the situation of migrants/refugees and a call for different ways of cooperation and more coordination within the EU.

The Slovak plan presented during its Council of the EU presidency in 2016 called for “flexible solidarity” — or as it was re-designed and re-named, “effective solidarity”. The plan was supported by the other Visegrad countries Hungary, Poland, and Czechia.

As put by Tomáš Strážay, the idea of flexibility has not only become a characteristic working strategy for the Visegrad group, distinguishing it from other regional cooperation formats in the EU,  but it is also the group’s survival strategy. In other words, a lack of common interests or useful alternative policies fits  the “flexibility” vocabulary.

All government documents produced before the 2015 crisis indicated that the country wanted to be selective in accepting migrants/refugees and called for cooperation with partners in the EU. The government sponsored the relocation of over a hundred Christians from Kurdistan, and provided assistance to Austria.

At the same time, the country (with Hungary) opened a legal action (unsuccessfully) against majoritarian decisions challenging pre-agreed rules of decision-making in the EU regarding the relocation of refugees.

This move prevented the country from being sued by the European Commission, as happened to Czechia, Hungary, and Poland. The Commission sued these three countries for failing to fulfil their legal obligations in accepting a share of asylum seekers. They claimed that the EU was interfering with their sovereignty.

Internally, the Slovak governmental position was also Janus-faced: on the one hand, it was characterised by that strong anti-migrant rhetoric (refugees were linked in public discourse with Muslim religion and then implicitly or sometimes explicitly with terrorism), as well as by passing  strict anti-terrorism legislation.

On the other hand, the government deployed pro-refugee measures, providing huge resources to NGOs helping refugees. At the same time, the country adopted a new law on international developmental assistance. The Ministry of Foreign and European Affairs even created a new position, that of ambassador-at-large for migration. The assistive measures were rarely mentioned internally, and even less so abroad. The idea of “Immigration and Naturalisation Authority” and  Integration Programme for Persons with International Protection did not yield results. This “half-baked” approach is typical of Slovak bureaucracy — there is often a discrepancy between the wording of policies and laws, and actual policies and approaches.

Proud of Hospitality, Unfriendly to Migrants

Slovaks are proud of their hospitality. A decade ago, an EU-wide experiment to identify self-defined critical images of EU nations found that Slovakia, a country of emigrants,  associated itself with hospitality. Other countries defined themselves more ironically. It is an open question if those results truly represent Slovakia. As we saw, the country extended friendliness with one hand while pushing away foreigners with the other.

Why is that so? To see why, consider some of the roots of this Janus-faced approach. Slovak political elites by and large prefer integration and cooperation with the EU and thus do not want to be seen as too uncooperative. As put by Najšlová (2011), Slovakia’s efforts to shape the EU’s Eastern policy have also been a blend of solidarity and pragmatism, a permanent renegotiation between ‘the logic of appropriateness’ and the ‘logic of consequentialism’. Najšlová calls this approach “Pragmatic Follower, Occasional Leader.” She says that:

“the solidarity dimension of this relation has drawn on Slovakia’s transition experience and a certain similarity between Slovakia’s historical experience and that of the EU’s Eastern democratic neighbours. The pragmatic dimension has been motivated by a national interest that prefers a better governed neighbourhood, and, at the same time, by Slovakia’s need to be respected and recognised as a relevant international player. At the same time, Slovakia as a small state has been using the EU arena to promote its foreign policy priorities and has selected the Eastern neighbourhood as one of its contributions to the EU policy.”

There is little hope that any new immigration policy would be fundamentally different. The old idea of “Immigration and Naturalisation Authority” is mentioned only as an option in the Manifesto of the Government for the 2020-2024 period. The Government promised to prepare the new Migration Policy for Slovakia for the period 2021–2025, which started to be developed this year.[1]

In general, the new government seems to be as ambiguous on solutions to migration policy as the previous governments: it points at risks associated with “unregulated migration flow and an uncoordinated EU approach” while at the same time demands “to take into account legitimate interests of Slovakia”. (Read policy recommendations stemming from this post at page 34 of this document).

Meanwhile, it is expected that Slovakia will face a labour shortage of more than a third of the workforce (700-800,000) needed in 40 years from now. The country’s population may well decrease from 5.42 million to 3.8 million by 2100 in the most pessimistic projections. Today’s issues may be seen differently in the long run.