What Shapes Political Efficacy in Europe?

Scholars approached studies of political efficacy from various perspectives and many of them analysed factors promoting internal and external political efficacy (for some recent attempts see Kim 2013; Marx, Nguyen 2016) as both of them are important for the quality of democratic governance. For the H2020 project DEMOS, the research team at Kaunas University of Technology has analysed data from the European Social Survey (ESS) Round 8 to identify trends and determinants of political efficacy in Europe. The ESS is one of the important pan-European surveys for exploring political attitudes, including political efficacy. This data source is well-known for its excellence in cross-cultural methodology allowing for rigorous cross-country comparisons.

In the ESS Round 8 internal political efficacy has been measured by asking respondents two questions: (1) How able do you think you are to take an active role in a group involved with political issues? (5 point answer scale: from 1 - Not at all able to 5 - Completely able); (2) And how confident are you in your own ability to participate in politics? (5 point answer scale: from 1 - Not at all confident to 5 - Completely confident). 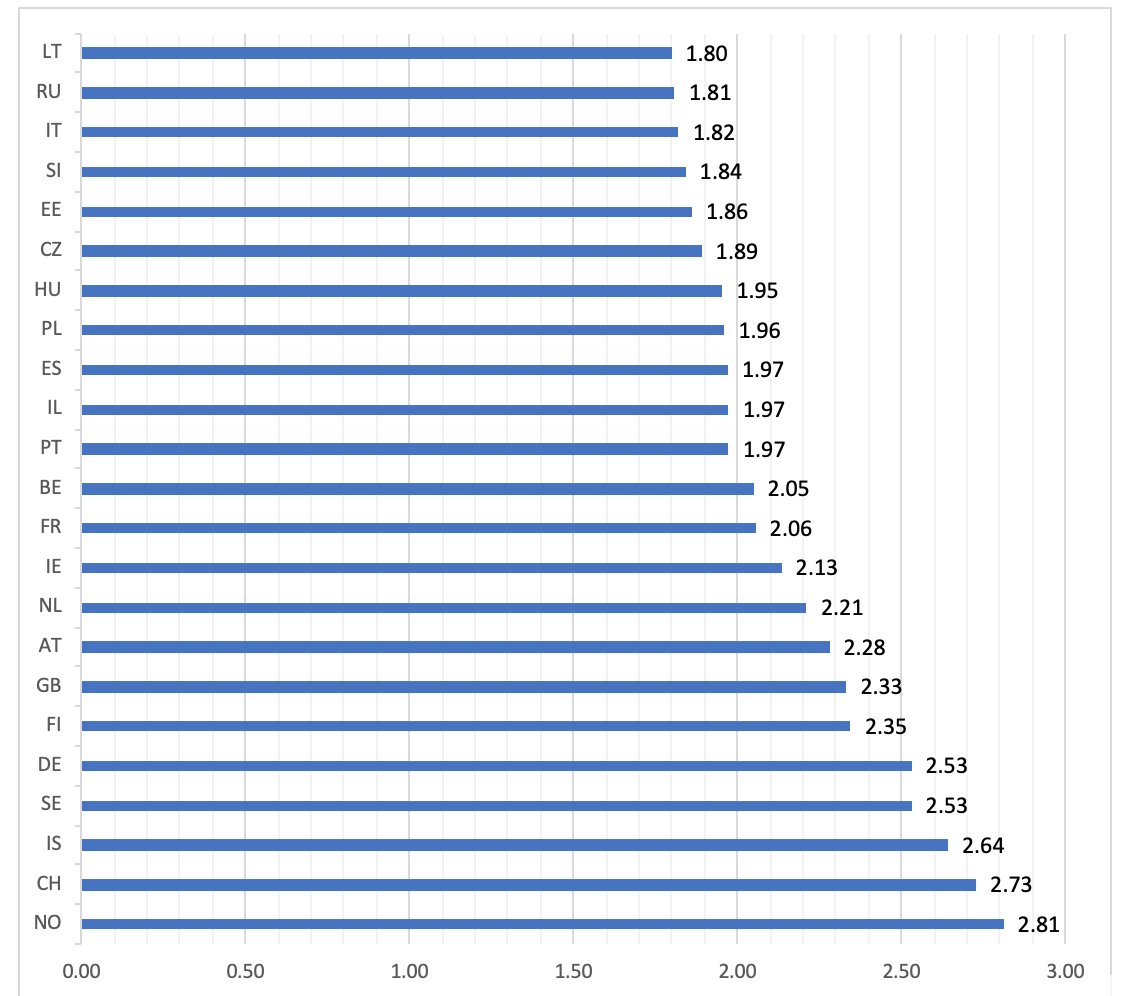 Trying to infer the reasons of variation of political efficacy across individuals and countries, we performed multilevel regression analysis including various socio-economic explanatory variables at the individual level (gender, age, education, place of residence, income, social class etc.) and some of the country level variables (GDP pc, income inequality, quality of democratic institutions and cultural values).

The findings showed that both socio-economic factors on micro (individual) level and different macro (country) level factors affect citizens’ perceptions about their competences to effectively participate in politics and public perceptions of government responsiveness. On the individual level, political efficacy is higher for persons who:

(2) Morkevičius is Senior Researcher at the Institute of Social Sciences, Arts and Humanities, Kaunas University of Technology. His research interests include public and elite attitudes and behaviour, social stratification, political and media discourse, text analytics, and social data analysis (applied statistics, qualitative data analysis, and qualitative comparative analysis). His most recent book publication is The Europe of Elites: The Kaleidoscope of Identities and Interests (co-authored with Irmina Matonytė).