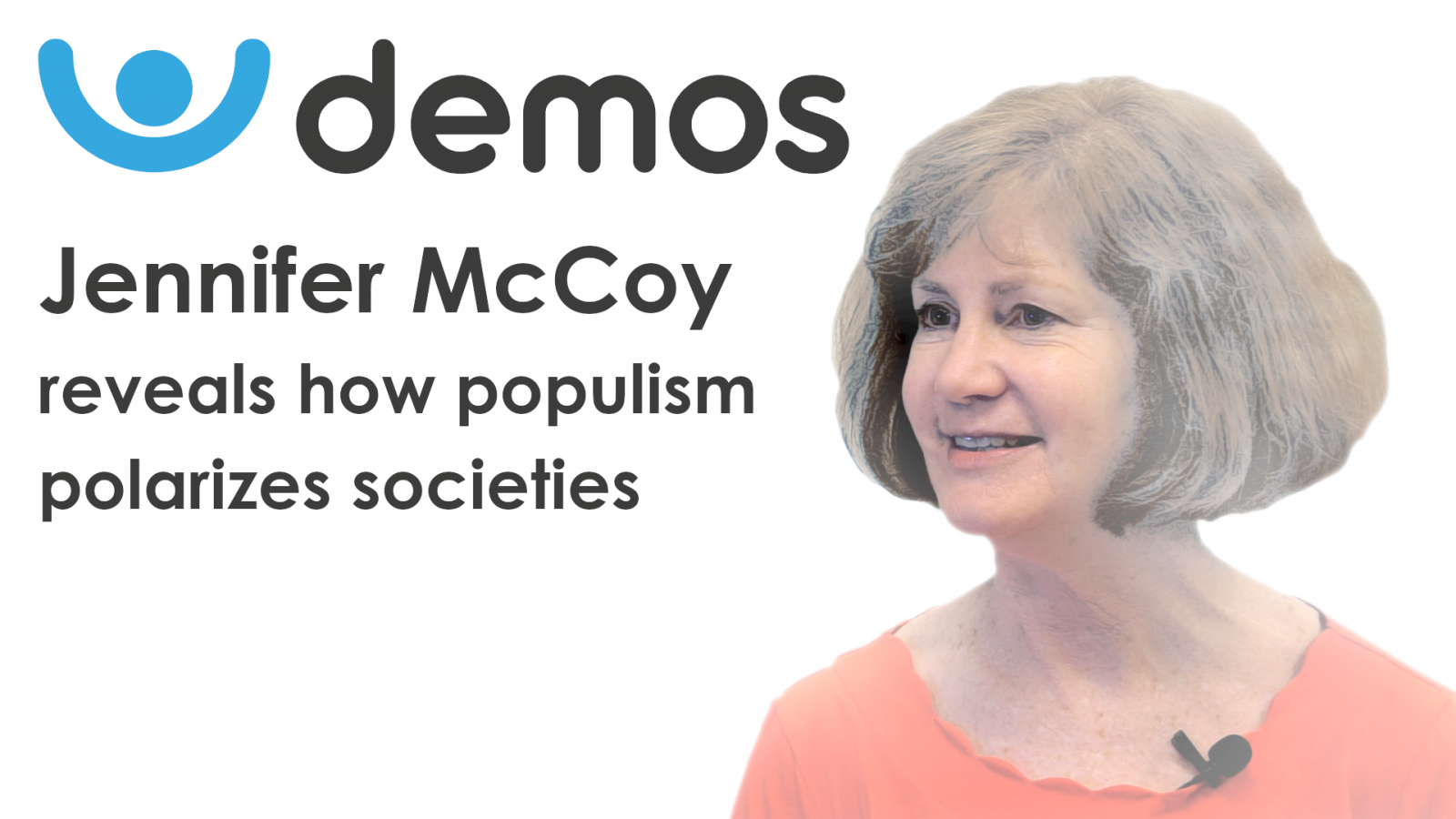 Populism is not always bad, but a populist political message can divide societies between “us” and “them”, explains Jennifer McCoy, a distinguished professor of political science at Georgia State University and a senior core fellow of the Institute for Advanced Study at Central European University. In a new episode of DEMOS interviews on YouTube—available through this link—McCoy discusses the main features and negative consequences of populism for democracy, like a deep political polarization, and how society can detect and react to them.

“If you hear a political leader, or your own neighbors, talking with language of ‘we’ versus ‘they’ or ‘us’ and ‘them’ without identifying or naming ‘them’, then that’s a deliberate tactic to depersonalize, and to dehumanize, the other side; that’s an old psychological warfare tactic,” she says. The logic behind such a strategy is that populist political leaders generally focus on “the good people,” for which they would channel their policies while throwing blame onto an elite however they are defined, be it an economic group or a foreign elite, like the European Union.

The divisive strategy has profound societal implications. “It creates in the minds of the people that those treated as ‘them’ represent a threat,” McCoy says. One consequence, McCoy argues, is that the people would be led to support violations of democratic principles to prevent the “threat” from coming to power. “It might break down our ability and willingness to compromise, to find solutions together, which is something you have to do in politics.”

Besides professor McCoy, DEMOS has also interviewed professors Andrew Arato and Levente Littvay, and ECAS executive director Assya Kavrakova. DEMOS will soon publish an interview with Kirk A. Hawkins, professor of political science at Brigham Young University and populist scholar on what researchers should focus on in studies on populism. You can subscribe to our YouTube channel here: https://youtu.be/UMvd0UW6KE4