Does social cultural context matter? Perceptions and experiences of corruption in healthcare system 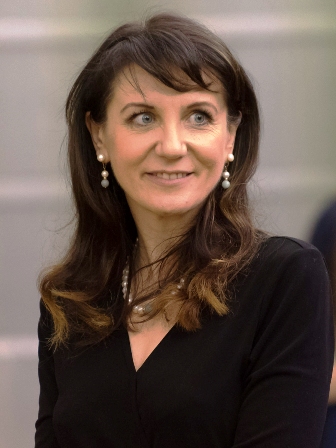 Eglė Butkevičienė (Kaunas University of Technology). She will speak about perceptions and experiences of corruption in healthcare

Eglė Butkevičienė, DEMOS research leader of the partner institution Kaunas University of Technology, Lithuania, will speak about perceptions and experiences of corruption in the healthcare system at the IASIA conference in Lisbon, on Wednesday, July 23. With Eglė Vaidelytė and Vaidas Morkevičius, Butkevičienė will present the paper Does social cultural context matter? Perceptions and experiences of corruption in healthcare system, which developed from DEMOS. The conference will take place between July 22 and 26. More information about it is available here.

At the conference, the DEMOS research team will argue corruption as a phenomenon manifests a complex nature that is highly dependent on cultural context, citizens’ trust, and perceptions of self-efficacy. Many authors (Uslaner 2004, 2012, della Porta 2000, Morris and Klessner 2010, Putnam 2000, Graeff and Svendsen 2012, etc.) have devoted attention to the relationship between trust and corruption. Yet, the question remains open because corruption itself relates to different behaviors; it is also culturally determined. As the common practice indicates, one behavior is deemed as corrupt, meanwhile the other is considered as acceptable depending on cultural norms and social settings.

As Graycar and Prenzler (2013 p. 3) argue, “very often there is debate about whether the behavior is acceptable, harmful or simply routine”. In their paper, the researchers hypothesize that the differences of perceptions are predetermined not only by the actual level of corruption and or the effectiveness of anti-corruption measures, but also by cultural factors, such as trust and citizens’ political efficacy.

The research team used quantitative and qualitative methodologies as well as empirical data from a survey of Lithuanian population to analyze trends and determinants of citizens’ perceptions of corruption and political efficacy. They also employed qualitative data from focus group discussions with people using healthcare systems (such as people with disabilities ) to reveal perceptions and manifestations of corruption and political efficacy.